The Compass – The Chairman of the Amman Chamber of Commerce, Khalil Haj Tawfiq, stressed on Saturday that there are parties that lead systematic misleading operations against the citizen, and exploit the lack of trust between him and the government and between the public and private sectors.

Haj Tawfiq said during an interview with Radio Hayat FM, “I demanded the existence of a price monitor that contains Jordanian competencies, and is considered a defense attorney for the merchant, who monitors all prices, even fuel prices, and obtains the confidence of the citizen, and thus achieves the interest of the merchant so that he does not oppress and the citizen not Exploit”.

“Hosting “ignorant people” on official channels confuses the citizen and makes him lose confidence in the merchant, for the citizen, for example, does not follow the international stock exchanges, which are considered matters of the trader’s competence, and therefore it is easy to mislead him, and this increases the citizen’s congestion,” according to Hajj Tawfiq, who stressed the importance of the role of the trader. The fourth authority is to protect the citizen by stripping anyone who works against him.

“There is a decline in global demand for food commodities, and this is reflected in the prices of commodities locally, but some political news confuses the market, however we hope that there will be no increase in prices and that global conditions will stabilize, while the real problem is not in prices but in income. It is stable for the citizen with a clear rise in the cost of life,” according to Hajj Tawfik.

With regard to the issue of import, he pointed out that Jordan imports 85% of food, as the Kingdom is satisfied with only 4 items, which are fresh milk, olive oil, vegetables and table eggs, calling on Hajj Tawfiq to develop a strategy for food security, while the first and only solution to the problem of poverty and unemployment is to attract Investments and creating unprecedented and real competition in the Jordanian market.

When Hajj Tawfiq was asked about the extent of benefiting from the Corona pandemic, he replied: “I do not think that we benefited as we should have benefited from the Corona pandemic, for example, we did not increase our absorptive capacity, and funding is not enough, and the merchant was left alone in the field, and those affected by the pandemic were not compensated, even if The pandemic has returned, “God forbid,” there is no system that has been established in an optimal way.

The head of the Amman Chamber of Commerce confirmed that there is no fear or danger in importing food from Syria, especially after monitoring several cases of cholera in Syrian territory, and that manufactured goods are imported and this does not pose a threat to Jordan.

Al-Hajj Al-Tawfiq called on the banks to reconsider the premiums on the citizen and the merchant, especially since most of the citizen’s income goes in installments, as the debt of individuals to banks reached 11 billion, which is a large number, and thus this is reflected in the purchase process.

At the end of his speech, Hajj Tawfiq criticized the Minister of Finance, who did not heed the demands of merchants to control “online” sales without any taxes, while the merchant pays operating costs, employee wages and other expenses, in exchange for fake companies that evade tax, noting that about 7,000 postal parcels amount to The airport is daily, and this is a “freedom” for a clothing sector. 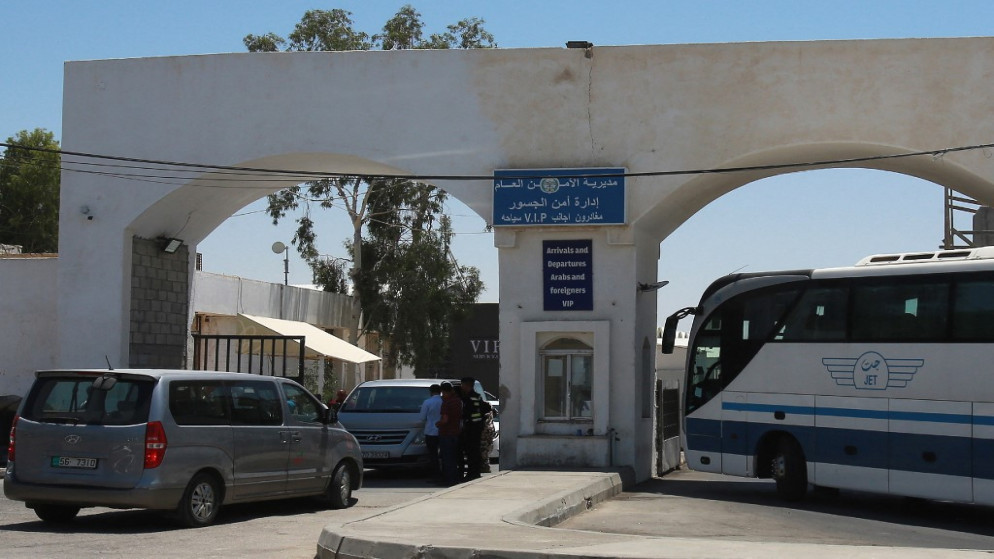 Foreign Ministry condemns the terrorist attack in Somalia
7 hours ago

New instructions for withdrawing the savings balance from the guarantee