The Compass – The Minister of Awqaf, Islamic Affairs and Holy Sites, Dr. Muhammad Al-Khalayleh, inaugurated the Ibn Qayyim Al-Jawziyah Mosque today, Friday, in the Naour District in the capital, Amman.
Al-Khalayleh delivered the Friday sermon in the mosque, in which he talked about the commemoration of Ashura, which falls on the next Monday, the day on which God Almighty saved His Prophet Moses, peace be upon him, and the virtue of that day, and following the Sunnah of the Prophet, peace and blessings be upon him, in his fasting.
During the Friday sermon, Al-Khalayleh said that we celebrate these blessed days at the beginning of a new Hijri year and by the day of Ashura, which God Almighty made a station of faith and in which we remember the deliverance of Moses, peace be upon him, from Pharaoh.
Al-Khalayleh added that the memory of the honorable Prophet’s migration in the month of Muharram increases the nation’s adherence to its religion, and its imitation of the Seal of the Prophets, may God bless him and grant him peace, who fasted on the day of Ashura in honor of our master Moses, peace be upon him. Which bears witness to the nations on the Day of Resurrection that they will be a civilized nation in all aspects of life.
He also pointed out that Muslims’ celebration of Ashura is evidence of the connection of this blessed nation with the previous believing nations and that the religion of Islam is nothing but a continuation of the path of the previous prophets, and that our Prophet, peace and blessings be upon him, is the last building block in this majestic edifice of the messengers and prophets calling to the religion of God Almighty.
He pointed out the importance of building and reconstructing mosques and not emigrating, as mosques are the homes of God Almighty in which Muslims learn the morals and teachings of Islam.
In turn, Director of the Endowments of the Second Amman, Sheikh Firas Abu Khait, said that the Ministry of Awqaf has allocated a plot of land in the Naour Brigade for the purposes of building the Ibn Qayyim Al-Jawziyah Mosque, where the construction process was funded by the Qatari Charitable Society.
He added that the Ministry of Awqaf has advanced in its advocacy and administrative programs and has achieved great achievements through which it has developed its services to serve the true Islamic religion and Muslims, as the ministry exerts great efforts in serving the houses of God, providing facilities for building and caring for them, and urging people to follow the message of the mosque, which is concerned with community cohesion and maximizing good citizenship. .
For his part, the President of Wadi Al-Seer Sharia Court, Dr. Adnan Al-Masafah, said in his speech on behalf of the local community, that the mosque has important messages concerned with the cohesion and unity of the community and teaches people the morals of the true Islamic religion.
He added that the Ministry of Awqaf provided great facilities to the association in order to complete the construction of the mosque to be one of the houses of God in which the residents of the area gather, perform prayers and learn about their religion.
The opening was attended by the Ambassador of the State of Qatar to Jordan, Sheikh Saud bin Nasser bin Jassim Al Thani, and a number of sheikhs, dignitaries and people of the region.
–(Petra)

And they are "complete descriptions" .. How does the search for the ideal destroy the emotional life?

I can't stand the heat.. a Bengal tiger cools its body by bathing in mud in India.. Photos 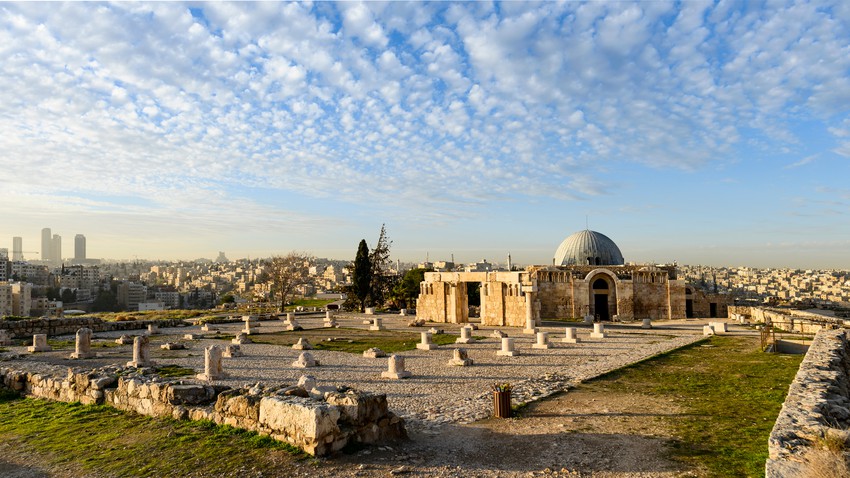